Robotics and AI - The Impact and History 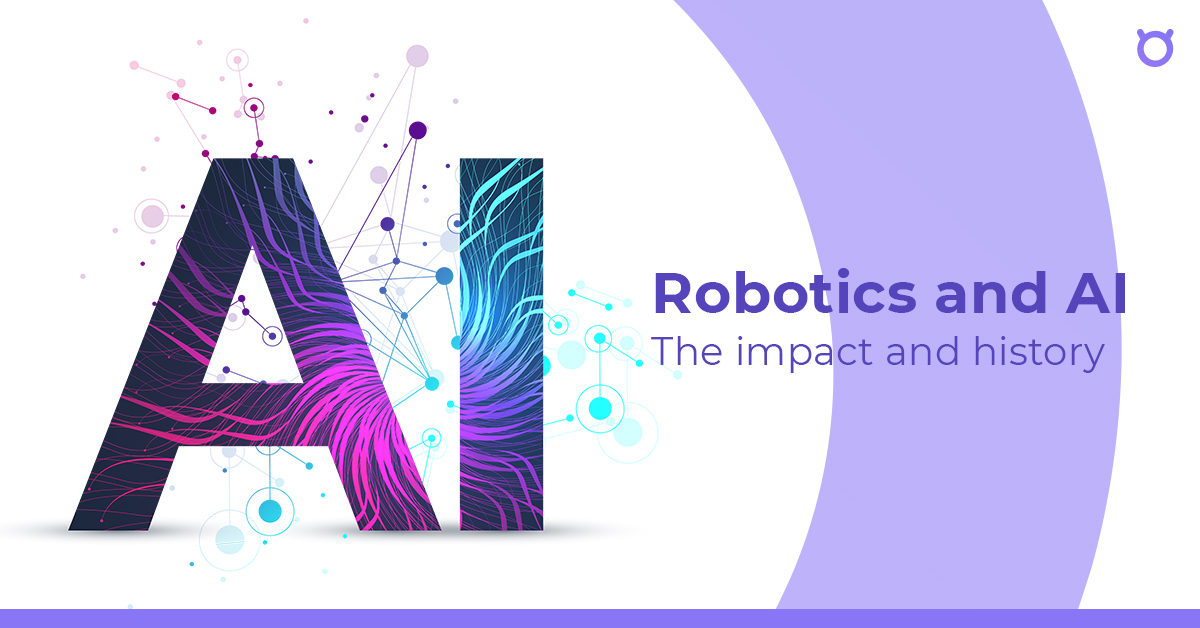 Long lost cousins with the same forefathers often chance upon each other in unexpected circumstances. If you think we are going to survey the movie plot of an old Hollywood movie, that's not it. Robotics and Artificial Intelligence have been intertwined with each other for time immemorial. The fictional representation of AI-powered robots in old classics like the Wizard of Oz and the recent iterations like in the Terminator movies depict the path of evolution technology has walked. What, however, marked the beginning of this long-standing association?

In this blog, we will venture into the deep end of robotics and artificial intelligence, the impact on humanity, and a sneak peek at the possibilities for the future.

History of Artificial Intelligence and Robots

Over the last few decades, humankind has become increasingly dependent on automated technologies, whether it is something as ordinary as Google Maps or more complicated as chatbots. The presence of AI-powered robots is evident at almost every curve in our daily lives. If we look closely at world history, urban legends and popular myths direct to Ancient Greeks as the originator of the idea of artificial intelligence. However, the tales never translated to the actual implementation of technology.

The initial inclination towards automated technologies and robotics can be seen during the industrial revolution. However, skepticism around it existed too. From metal-clad heavy robots to the sleek ones of today, there has been a paradigm shift in not just appearance but technology and ease of use as well.

Similarly, the history of AI limited its use to the peripheral of a computer system. Today, we can easily hold an AI-powered invention in the comfort of our palm.

Robotics and Artificial Intelligence - The Impact

The impact and development of artificial intelligence and robotics, though initially gradual, has been extensive, influencing industries and nations across geographical borders. What started as an essential part of the industrial repertoire is now bringing about breakthroughs in everyday life. Healthcare, education, manufacturing, industrial production, logistics, and a volley of other sectors are edging on to becoming intelligent, automated operational units with little human intervention. How does this, however, impact the "today" and the "tomorrow"?

The remarkable impact on organizations' efficiency and cost-saving aspect, irrespective of the industry, has probably been one of the most vital driving points for its rapid acceptance worldwide. While new inventions are breaking ground, others are having their plugs pulled.

The most evident reflection of humanity in technology is probably exhibited in the continued need for evolution. As humans evolve, the evolution of artificial intelligence and robotics, and hence Proven Robotics will continue the constant strive for achieving a tech-driven world advantageous to human life and science.